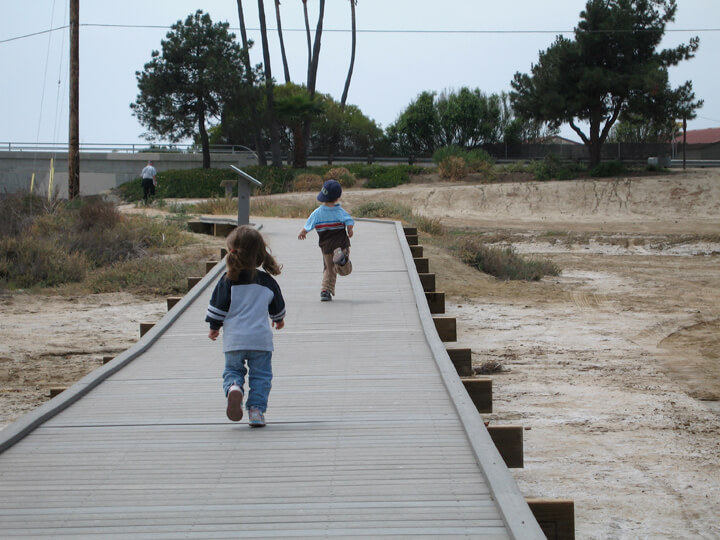 The San Dieguito River Boardwalk has been at the center of a controversy with the California Coastal Commission for quite a while, and its fate hadn't been looking very promising. Now it seems as if the San Dieguito River Park Joint Powers Authority has reached a compromise with the commission that will allow the park to keep nearly half of the existing boardwalk in place while removing around 680 feet on the eastern end. The Coastal Commission had argued that the entire boardwalk needed to be removed in order to further their wetlands restoration goals for the site.

Currently, the San Dieguito River Boardwalk runs for 1,200 feet along the water's edge and offers the public convenient access to one of the area's most attractive natural environments. The boardwalk was built in 2007 at a cost of over $350,000, with much of the work being done by volunteers from the community. The site is owned by the 22nd District Agricultural Association, the organization which manages the nearby Del Mar Fairgrounds.

Had the California Coastal Commission gotten their way, the entire boardwalk would have been removed. Their recommendations centered around moving the boardwalk to the exterior edge of the property. According to the commission's claims, this would not only protect the land the boardwalk sits on – it would have also freed up an additional acre for restoration. On top of opposition from the 22nd District Agricultural Association and the San Dieguito River Park Joint Powers Authority, the commission's plans also garnered negative reactions from the San Dieguito River Valley Conservancy, as well as the cities of Del Mar and Solana Beach.

The San Dieguito River Park Joint Powers Authority had previously petitioned the Coastal Commission to allow the boardwalk to remain in place, a request which was denied at the commission's March 11th meeting. Following the decision, over 200 area residents assembled at the boardwalk in protest on March 21st.

While the JPA could have appealed the decision again, it was unanimously decided during a special meeting on April 8th to accept the terms of the compromise rather than risk losing the entire structure. Historically, the California Coastal Commission has only approved around 10% of similar requests for reconsideration.

According to Dave Roberts, San Diego County Supervisor and member of the board of directors for the Joint Powers Authority, “We want the boardwalk, but unfortunately, we lost the boardwalk. We can take this chance to roll the dice and lose it all, or we can compromise and come up with at least a piece of the boardwalk. I don't like the odds.”

Pushing council members to accept the compromise, Del Mar Councilman Dwight Worden, who is also an attorney with a history of practicing environmental and land-use law, said, “In an imperfect world, it's the best option you've got before you.”