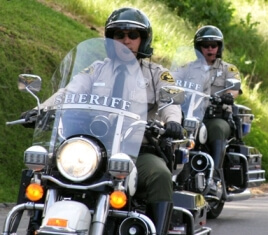 This week, officials in the city of Del Mar are scheduled to discuss the findings of a recently completed study into the feasibility of establishing the town's own police department. Del Mar currently contracts their police services through the San Diego County Sheriff's Department, but that could soon change. Findings in the study show that the growing costs of utilizing the Sheriff's Department's services could outpace the annual costs of a city-funded police department as soon as 2015.

The study, which was completed by consulting group Ralph Anderson & Associates, was ordered to determine the quality of service provided to Del Mar by the Sheriff's Department and assess alternative options, including the establishment of a local police department. According to the findings, the city's annual cost of maintaining a police department would be around $2 million, $1.7 million of which would go towards salaries for twelve full-time officers and eight part-time officers and staff members. In addition, the city would face an initial startup cost of just under $1 million.

The decision by Mayor Terry Sinnott to order the study came after a number of residents voiced opinions that the Sheriff's Department was not responding to emergency calls fast enough. According to Capt. Robert Haley, head of the Encinitas Sheriff's Station, average response times for calls in Del Mar so far during 2013 have been “slightly behind Solana Beach, but ahead of Encinitas, San Marcos and Vista.”

Even still, city officials remain concerned about the rising costs of Del Mar's current contract with the department. In 2014, costs are expected to be $1.97 million, a figure up from 2013's $1.87 million. Experts anticipate continuing to see a 5% annual growth over the next few years, a rate which many in the city feel is growing at a pace exceeding their budget.

Another option pursued in the study was the possibility of creating a joint police department with the nearby cities of Encinitas and Solana Beach, other municipalities which are currently serviced by the Sheriff's Department. According to the study, that idea was scrapped after both cities expressed their satisfaction with the level of service under their current contracts and that they were not interested in exploring other options at the time being.