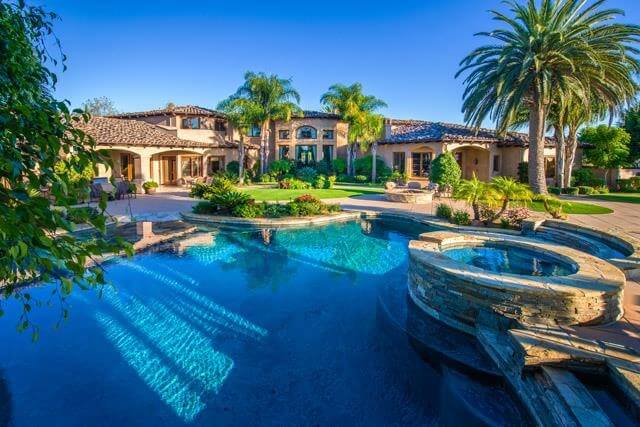 San Diego has produced a number of sporting legends, but few are held in higher regards than former NFL star Junior Seau. Now, the ex-wife of Seau, and mother of three of his children, has listed her longtime six-bedroom, six bathroom North County home for sale with a price tag of $6,950,000.

Gina Deboer married Junior Seau in 1991 – one year after he was drafted to the NFL by the San Diego Chargers. Junior and Gina Seau remained married throughout his career in Southern California, divorcing in 2002 before Junior was traded to the Miami Dolphins the following April.

According to property records, Gina Seau purchased her San Diego luxury home in the much sought-after Fairbanks Ranch Country Club back in 2003, not long after the divorce. But after more than a decade at her estate just outside of Rancho Santa Fe, Gina is now ready to sell – and that may not be too much of a challenge based on just how impressive the 10,752-square-foot home is.

Sitting on more than 1 ¼ acres of land in Fairbanks Ranch, the Mediterranean-style home was custom-built for Gina Seau to bring out the utmost in European-inspired luxury. With six en-suite bedrooms and an additional two half-bathrooms, there's plenty of room and splendor throughout. The same holds true for the home's common areas as well.

From the large formal dining room to the stunning wood-adorned gourmet kitchen, there is both plenty of room and plenty of opulence. Not only was the kitchen designed with a huge center island, but it also has a convenient walk-in butler's pantry and adjacent breakfast nook. The home's great room comes with a mammoth stone fireplace and built-in wet bar. 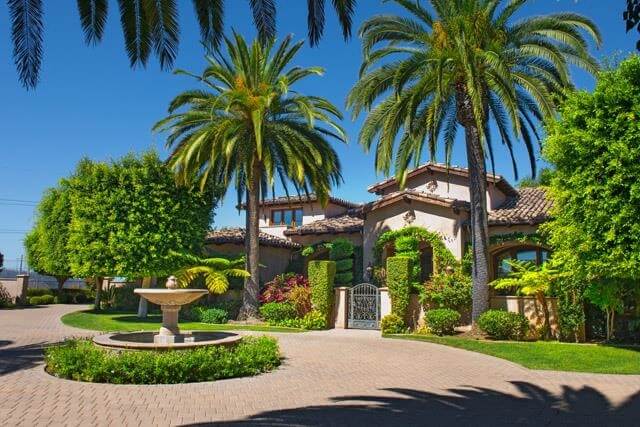 The home's master suite comes spaciously equipped with a sitting area and multiple walk-in closets. Don't forget about the master bathroom which boasts countless upgrades and features, including an oversized shower, relaxation tub, his-and-her vanities, and even a private outdoor patio.

A few other of the more upscale draws of the luxury North County residence including the wood-paneled office, theater room, and private wine cellar. The home also has a separate one-bedroom, one-bathroom guest house which is currently fashioned into a professional-style home gym.

Junior Seau played for twenty seasons with the NFL, twelve of them in his hometown of San Diego. After years of suffering debilitative brain damage as of the result of his time playing professional football, Seau committed suicide in 2012. Since his death, the NFL has reached a $765 million settlement with a number of former players and their familiars in a class-action suit over the brain injuries received by the players during their careers. 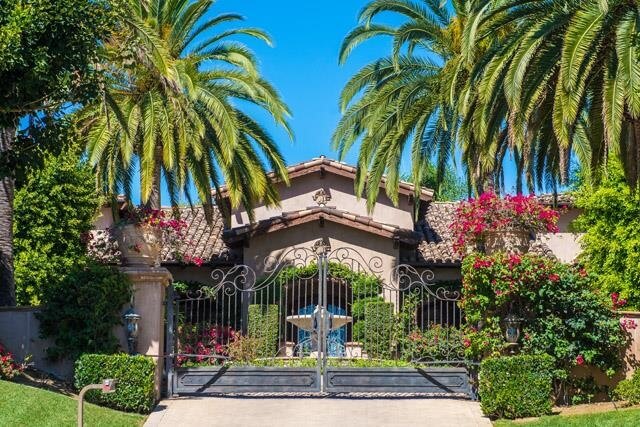 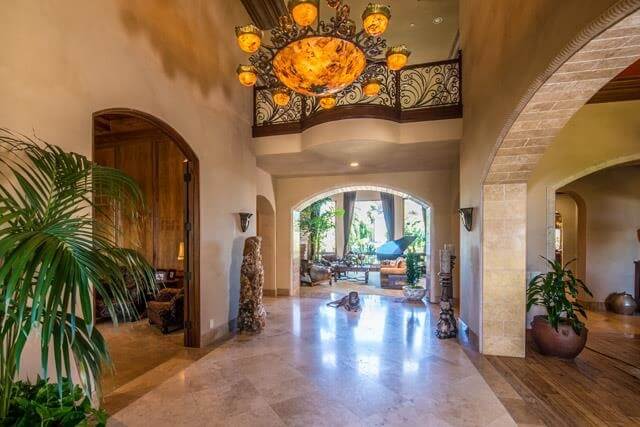 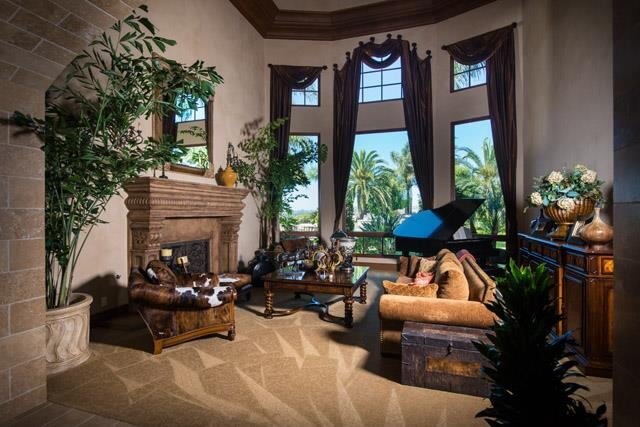 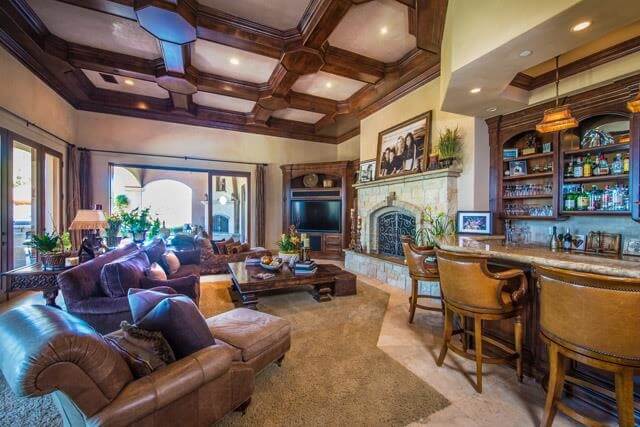 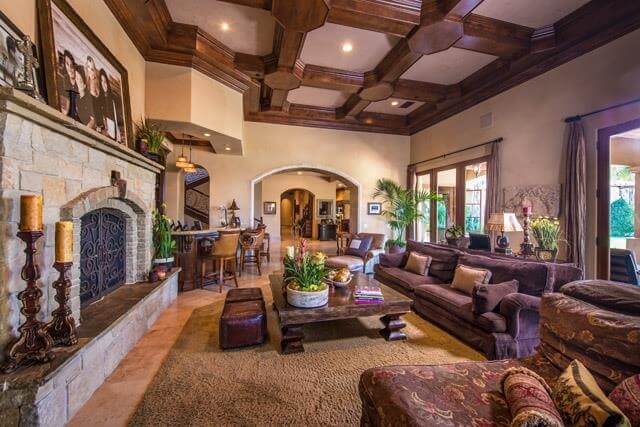 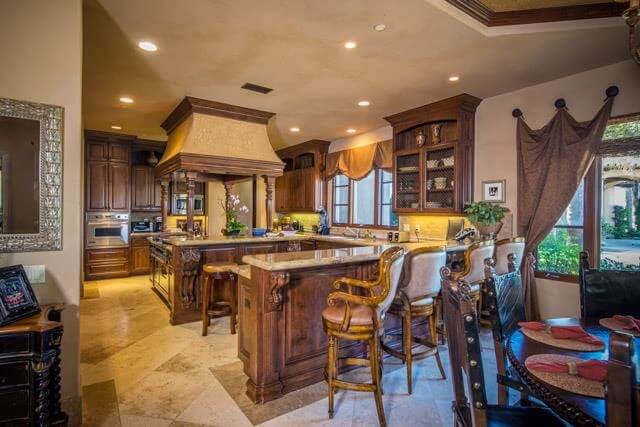 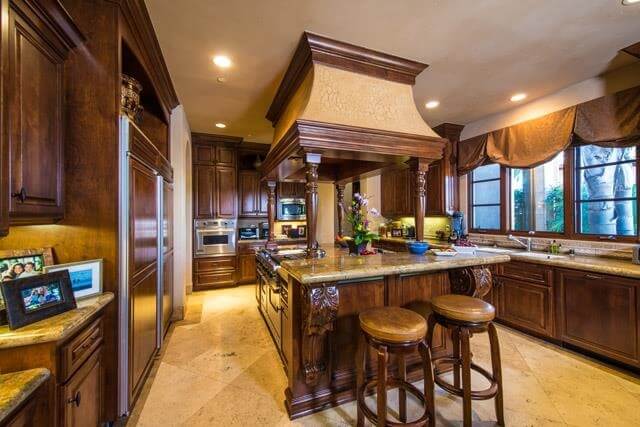 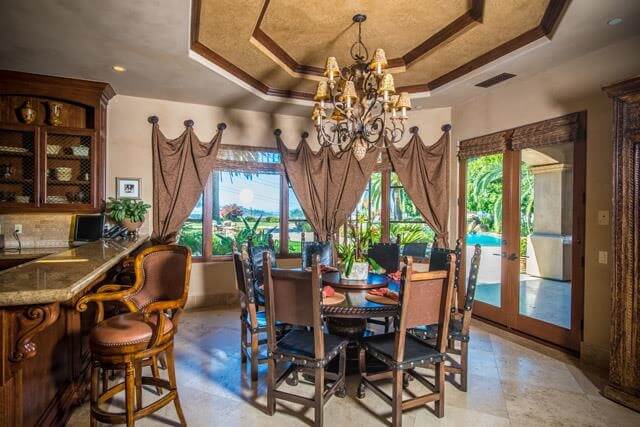 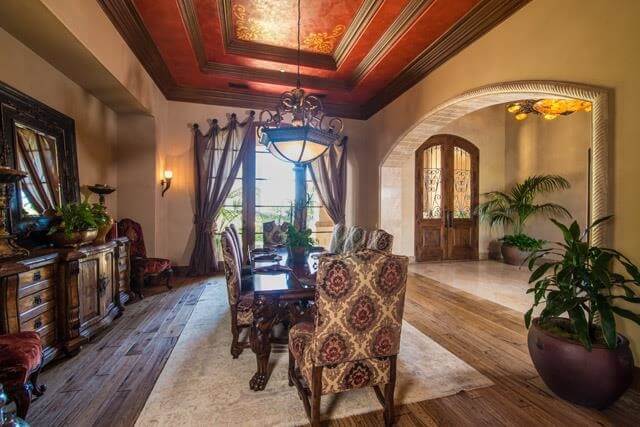 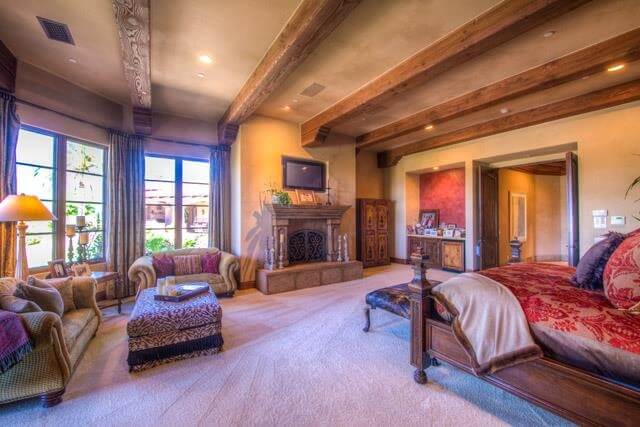 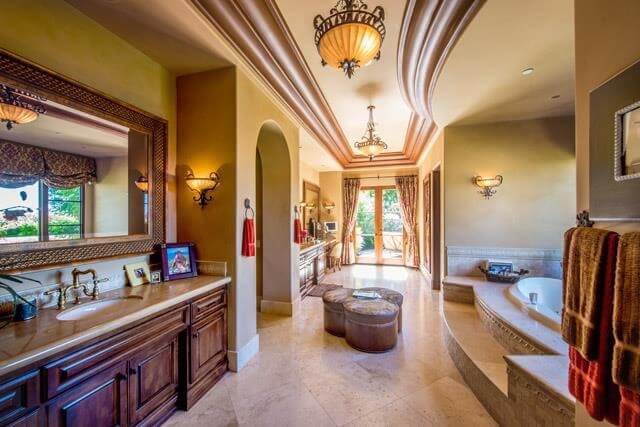 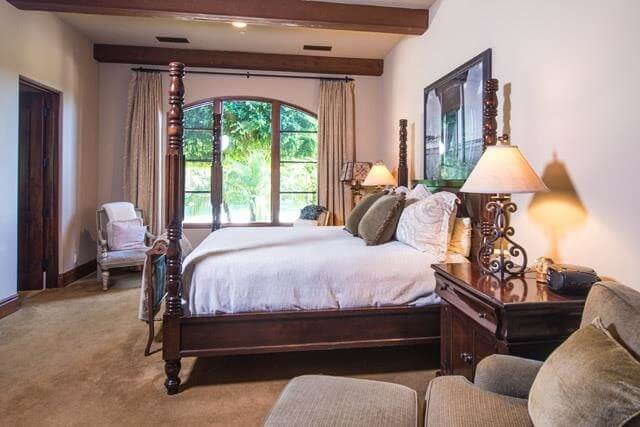 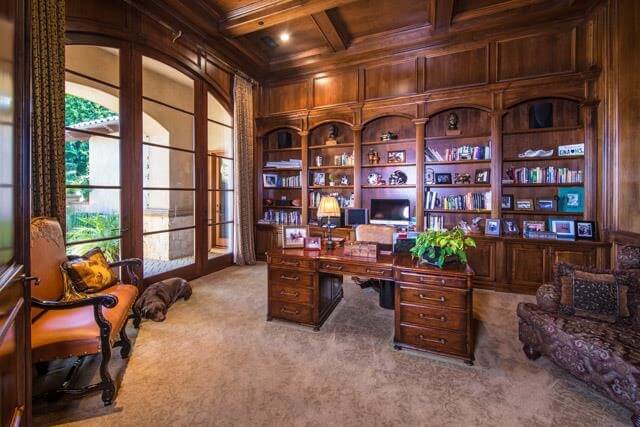 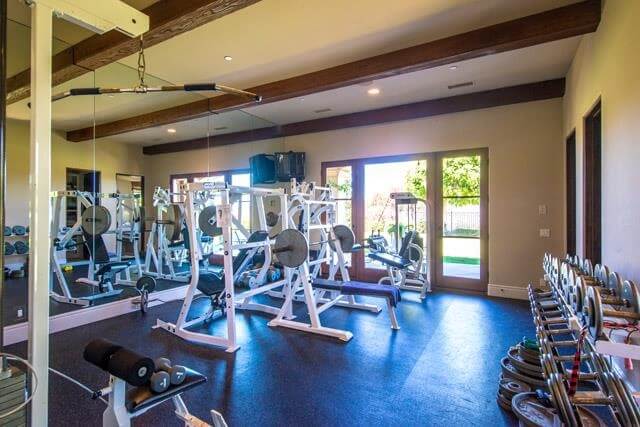 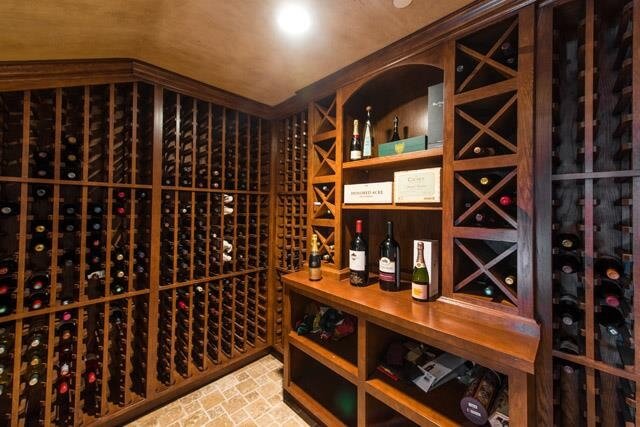 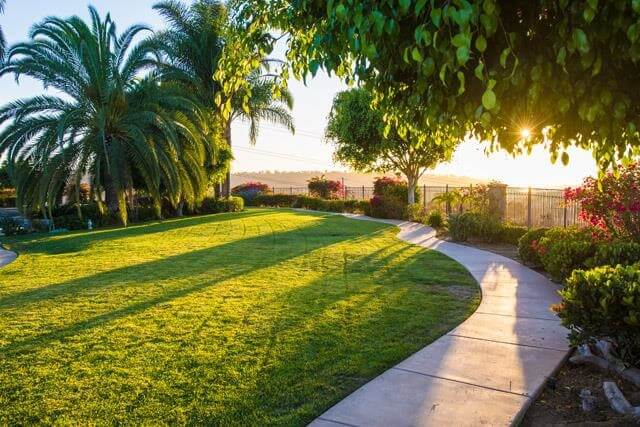 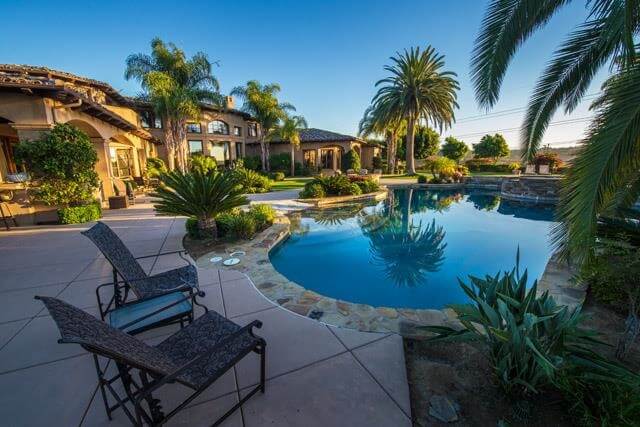 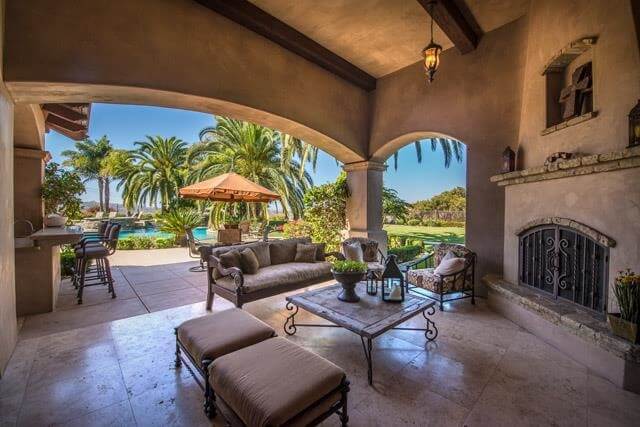 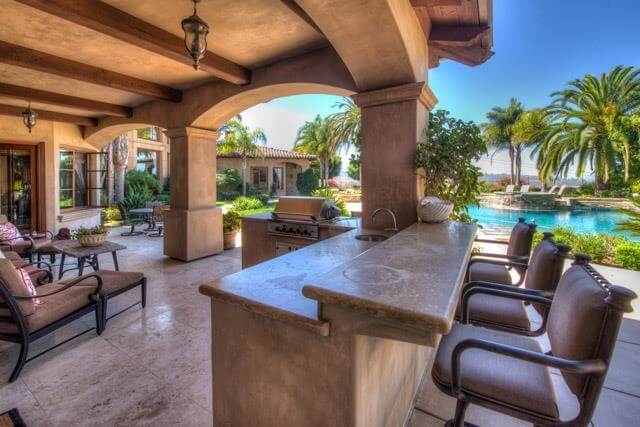 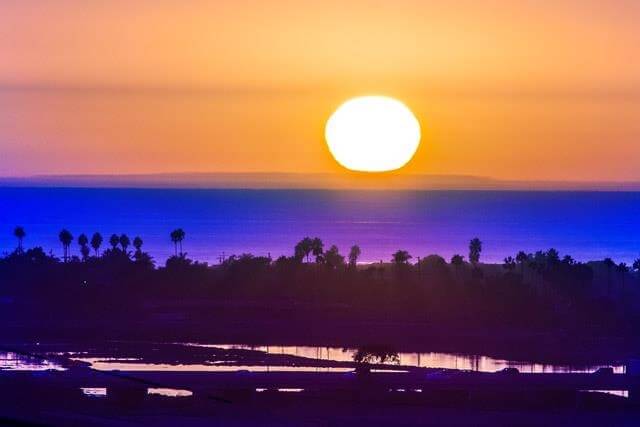 Photos courtesy of the National Association of Realtors