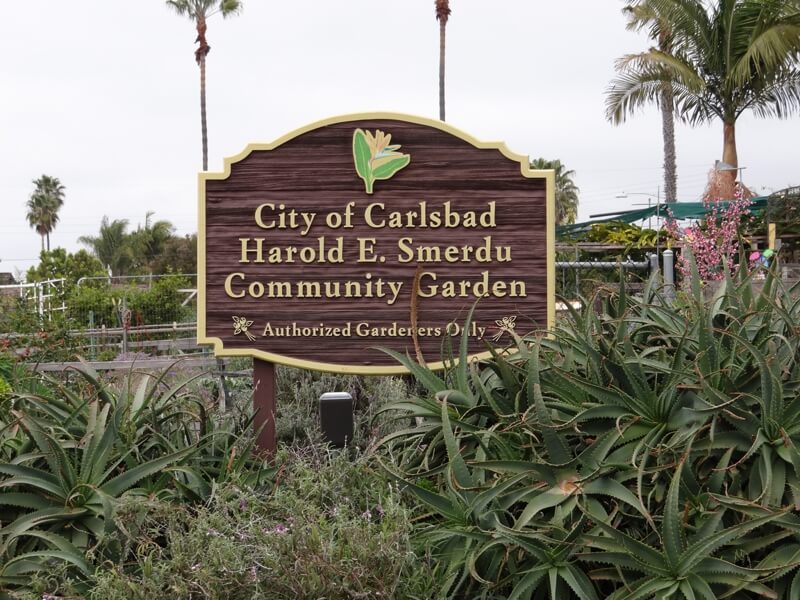 Carlsbad has long been one of the most popular cities to live through the entire San Diego area. While many residents take pleasure out of the city's oceanfront atmosphere, others relax while working outdoors in the city's community garden. Now, the city council has agreed to open an additional garden, as well as consider adding two more in the future.

For nearly 30 years, the Smerdu Community Garden in northwest Carlsbad has given residents wanting to explore their green thumbs the opportunity to reserve one of the fifty-two individual plots available. On average, the waiting list contains around 100 names and can take approximately three years to get a space in the garden.

For long-term residents of condos and apartment buildings, this access to green space is the only opportunity they have to work in an outdoors garden setting. For many senior citizens around the city, the Smerdu Community Garden gives them the opportunity to spend time outside while growing fresh, local produce. Currently, a space at this garden costs $90 per year.

In the past, many potential gardeners found it difficult to travel to the Smerdu Community Garden – especially aging senior citizens. Thanks to the recent approval of the city council, a half-acre area of the southeastern corner of Calavera Hills Community Park will be transformed into a 26-plot garden for local residents in the northeastern region of the city. An exact opening date and annual fees for this location have not yet been set and are likely to be discussed by the city in the near future.

For many people who are on the waiting list for a gardening plot, the new garden (which is set to open in 2014) provides not only a way to enjoy spending time outside cultivating organic produce for their homes, but also a way to be sociable and interest with similarly-minded gardeners.

The local organization, Carlsbad Community Gardens Collaborative, has applauded the city's action on allocating the new space in Calavera Hills Community Park. This group is focused on creating a network of community gardens through the city of Carlsbad.

Acknowledging the health and social benefits of community gardens, as well as the local demand for these spaces, the non-profit CCGC is encouraging the city council to seriously consider the notion of opening at least two more community gardens. Their goal is to have at least one garden available for residents in each quadrant of Carlsbad.

Carlsbad is a city full of a number of different recreational activities. For those who enjoy gardening, the city's decision to open a second community gardens comes with much applause. Opening in 2014, the new gardens in Calavera Hills Community Park will allow more residents to take advantage of a relaxing and productive source of enjoyment.