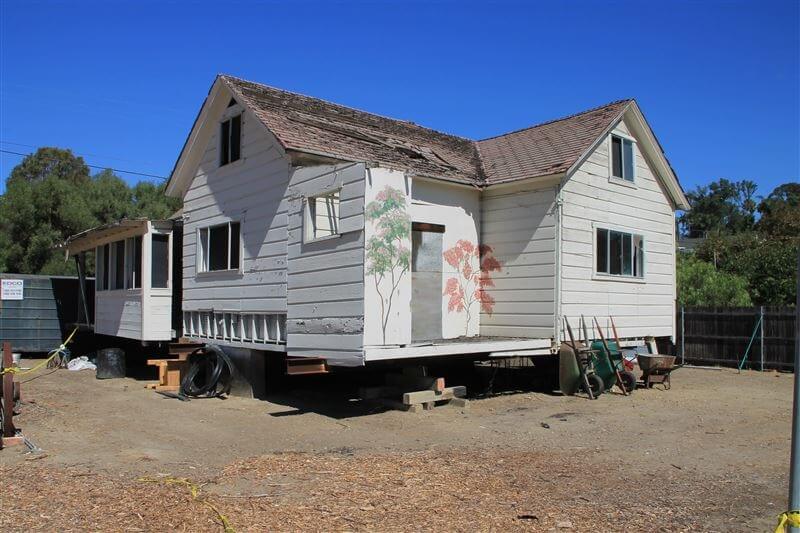 Construction has begun on the Teten House, a former schoolhouse which educated the children of early settlers in Olivenhain, to restore the historic building as part of the collection at the San Dieguito Heritage Museum in Encinitas.

The Teten House was originally built in 1885 in the Colony of Olivenhain by early pioneer, Theador Pinter. In 1892, the property was purchased by its namesake, Fred Teten. Teten, a blacksmith from Kansas, also farmed the land growing various types of grains, fruits and vegetables. After building an additional home on the property for his family, Teten turned the building into a schoolhouse to serve the needs of the small, but growing Olivenhain community.

In 2007, the Teten House was moved from Olivenhain to its present location on Quail Gardens Drive in Encinitas at the San Dieguito Heritage Museum. The museum hosts a number of buildings and exhibits from the history of the area surrounding the San Dieguito River, including Encinitas, Solana Beach and Del Mar. Other structures and displays housed at the museum include an early Texaco service station, a stage coach, and a Native American hut.

Renovations on the building, which are expected to cost between $60,000 and $65,000, were funded mostly by private donations from individuals and local businesses. The San Dieguito Heritage Museum was, however, awarded a $15,000 Neighborhood Reinvestment grant from the County of San Diego to be used towards the project. Restoration plans include repairs on the structure's roof, the pouring of a new concrete foundation slab and renovations to the building's three porches. In the future, the museum has expressed interest in remodeling the interior to more accurately represent its appearance during the buildings early days as a schoolhouse.

Speakers at the groundbreaking included Gladys Teten Shull, granddaughter of Fred Teten, who spent her early life raised on the Olivenhain property. Shull spoke to representatives of the Encinitas Chamber of Commerce, members of the museum's board of directors and descendants of other early local settlers while recounting her childhood growing up on the farm. She spoke about her younger years spent in the home without electricity or plumbing, and shared memories of caring for the numerous turkeys raised on the farm.