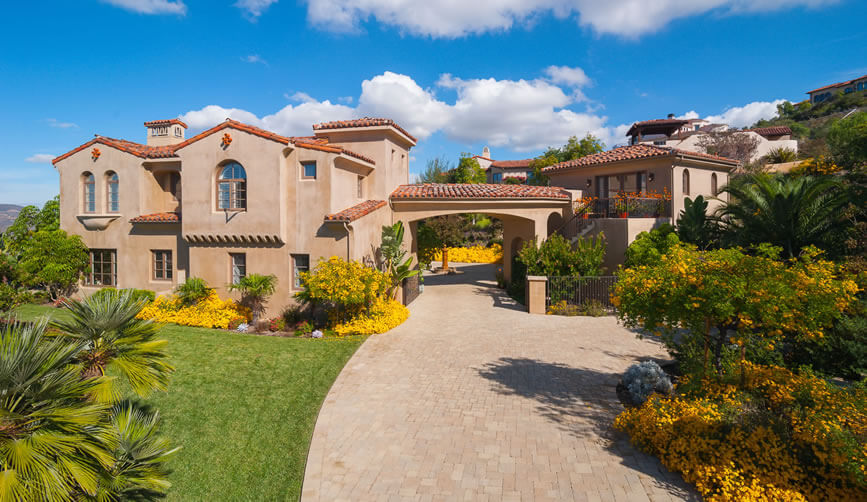 Every year, the Ronald McDonald House Charities of San Diego provides lodging, meals, and vital emotional support to more than 1,500 families of sick children in Southern California. But even with the financial donations and volunteer efforts of thousands of San Diego residents and hundreds of local businesses and community groups, it takes a lot to keep the Ronald McDonald House open.

Luckily, they've seemed to find a pretty good solution in the Ronald McDonald House Charities' annual Dream Home Raffle. Now in its 11th year, the Dream Home Raffle is one of the largest of its kind in the state, with one lucky grand prize winner receiving their choice of either a sprawling estate or more than $2 million in cash.

According to Chuck Day, the CEO and president of the Ronald McDonald House Charities of San Diego, this year's grand prize is one of the most spectacular his organization has had the opportunity to raffle off yet. Situated in desirable Rancho Santa Fe, the six-bedroom, eight-bathroom mansion boasts more than 7,000 square feet of living area, 2.4 acres of land, and unmatched mountain and ocean views.

Although plenty impressive on its own, the North County residence isn't the only great prize up for grabs. In fact, the Ronald McDonald House Charities of San Diego say that they have received more than 1,300 prize donations to be raffled off this year. To encourage the public to purchase their raffle tickets early, the non-profit is holding three Early Bird Drawings leading up to the grand prize.

Early Bird Drawing 1 – Entries must be received by February 6th for the first raffle being held on February 18th. One winner will be able to choose between a Ford Mustang, Acura ILX, BMW 320i, or $30,000 in cash.

Early Bird Drawing 2 – Entries must be received by March 6th for the second raffle being held on March 18th. One first prize winner will receive their choice of a seven-day, six-night vacation to Paris or $5,000 in cash. One second prize winner will have the option of either a seven-day, six-night trip to Hawaii, or the cash alternative of $5,000.

Early Bird Drawing 3 – Entries must be received by April 3rd for the third raffle being held on April 15th. One first prize winner will receive a seven-day, six-night London vacation package, or $5,000 in cash.

The drawing for the Dream Home will be held on May 16th at the Ronald McDonald House of San Diego. Some of the other top prizes being awarded that day include additional vehicles, vacations, high-end electronics, and upscale home appliances.

Raffle tickets are available for the price of $150 each, $400 for a pack of three, and $550 for a pack of five. For more information about the drawing or to find out how to purchase your tickets, you can visit the Dream House Raffle's website at SDRaffle.com.