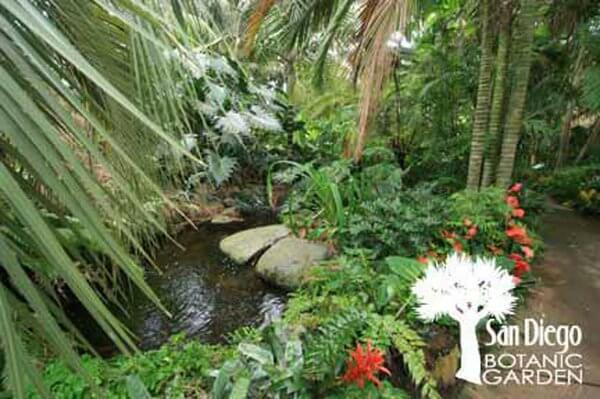 The Hamilton Children's Garden, one of the area's most enjoyed destinations, currently resides on property owned by the City of Encinitas. But that is likely to change in the near future.

No, the family-friendly interactive attraction isn't going anywhere. Instead, the city is weighing their options to reduce their responsibilities and help ensure a long and promising future for the San Diego Botanic Garden.

At the request of Julian Duval, president and CEO of the Garden's non-profit organization, Encinitas had been considering selling or donating their 4.8-acre parcel to the foundation which oversees management of the site.

Now, that request has been rescinded because of an even more promising offer – from the County of San Diego. At last week's Encinitas City Council meeting, Duval announced that the county has expressed interest in purchasing or making a land-trade for the nearly five acres the city presently owns. Although a surprise to many, the county's move makes sense – it already owns the majority of the land that the San Diego Botanic Garden sits on.

On top of its land ownership, the county and the Botanic Garden are far from strangers. Originally named the Quail Botanical Gardens, the site was managed and operated by the county for nearly forty years following its founding in the 1950's. In 1993, the County of San Diego transferred management to the garden's non-profit society. In 2009, the Quail Botanical Gardens officially became known as the San Diego Botanic Garden in order to better represent the site's status as a county-wide attraction.

The reasoning behind the county wanting to take of Encinitas' portion of the property is even more apparent when you take the Garden's current fundraising efforts into consideration. Right now, the San Diego Botanic Garden is in the process of trying to raise $3 million in funding towards a new 9,000-square-foot Education and Events pavilion to be placed on the same parcel as the Children's Garden.

The non-profit organization has already secured a pledge of $1 million from the Donald C. & Elizabeth M. Dickinson Foundation with the stipulation that it will be given once the remaining $2 million is raised. The county wants to help, but is restricted from funding a permanent project on land that they don't own. According to County Supervisor Dave Roberts, the County of San Diego has up to $2 million that they'd be willing to put towards the pavilion's construction.

The Encinitas City Council plans to explore the various options for selling or transferring ownership of the parcel to the County of San Diego and make a decision in the near future.