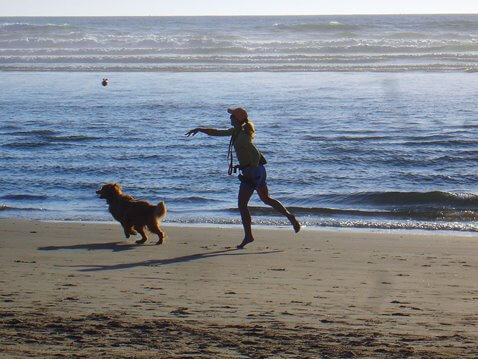 The members of the Solana Beach City Council recently voted to approve regulations allowing dogs on certain areas of the city's beaches. The decision comes as welcomed news to many pet lovers who had previously been forced to travel to neighboring cities to bring their furry friends out to enjoy the shoreline alongside them.

Beginning on July 12th, dog owners will be able to take their pets with them for a trip to a beach, but there are some restrictions:

Both residents and visitors planning to bring their dogs out for a day in the sun are encouraged to educate themselves on the new regulations, in particularly the areas approved for pet access. The Council added increased fines of up to $1,000 for violations of the new rules, and city officials will be especially focusing on infractions at Fletchers Cove Beach Park and the Seascape Surf access stairway. Both areas are specifically mentioned as off-limits to pets “any time of the day year round”.

Historically, many Solana Beach residents have chosen to take their dogs to nearby Del Mar's North Beach Area, affectionately called “Dog Beach”, which allows year-round access for pets. From 29th Street north to the Solana Beach border, dogs are allowed on-leash from June 16th to Labor Day, and off-leash under the voice control of their owners throughout the rest of the year.

For more information about the new ordinance, visit the City of Solana Beach website at www.solanabeach.org. You may also call the Solana Beach Marine Safety Department at 858-720-4444.