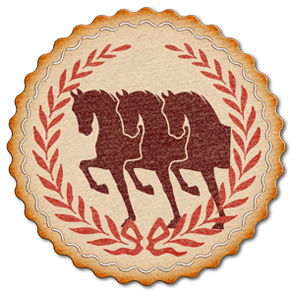 The Del Mar Fairgrounds are sure to be full of activity from April 17th to May 4th as the Del Mar National Horse Show returns for its 69th year. The always-anticipated annual event spans three weeks and draws more than 3,000 horses of numerous breeds and disciplines.

Each week of the Del Mar National Horse Show is dedicated to a different discipline:

The opening week, from April 17th to 20th, is labeled as Western Week. This first part of the event will feature one NRHA show, along with four PCQHA and AQHA shows. There will be competitions in Western, Trail, Reining, Showmanship, English and Barrel Racing, as well as many other categories. Classes will include Open, Amateur and Youth. Other attractions for Western Week include local Horse Whisperer, Nancy Nunke, jousting from WorldJoust Tournaments, and a demonstration from the accomplished marksman and actor, Anthony DeLongis.

The second week, from April 24th to 27th, will be Dressage Week. Numerous championships to be held throughout the week include USEF, FEI and AGCO, among others. One of Dressage Week's biggest highlights is the Evening of Musical Freestyles scheduled for April 26th. During this special show, Olympic and World Champion pairs showcase the utmost in horsemanship and discipline.

The third and final week, from April 29th to May 4th, concludes the Del Mar National Horse Show with Hunter/Jumper Week. The tail end of the show features some of its biggest-prize events, including the $100,000 Grand Prix of Del Mar, the $25,000 Surfside Grand Prix and the $10,000 Speed Derby of Del Mar.

The Del Mar National Horse Show is offering free admission to the daytime shows (8 a.m. – 4 p.m.). For Weeknight shows, grandstand seating will cost $10 and box seats will run $15. For Saturday night shows, and highlight events such as the Night of the Horse on April 19th or the $25,000 Surfside Grand Prix on May 2nd, grandstand admission will be $19 with various box packages also available in advance.

Originally running as part of the San Diego County Fair, the Del Mar National Horse Show grew into its own event in 1979. Having been hosted in different areas of the fairgrounds over the years, the show is now held in the Del Mar Arena. The arena makes for the perfect venue in all weather, thanks to its 2009 renovations including the addition of its roof. Over 3,000 horses attend throughout the three weeks of the annual event, and the competition prize pool totals over $350,000.

For more information about the Del Mar National Horse Show, visit the show's website at delmarnational.com. Individual show tickets are currently on-sale through ticketmaster.com or the Del Mar Fairgrounds Box Office. The Box Office is open Tuesday – Saturday from 10 a.m. to 6 p.m., and can be reached by phone at (858)792-4252.