Cardiff by the Sea Homes for Sale

Search All Schools and Homes for Sale in Cardiff by the Sea, Ca

Cardiff by the Sea Real Estate

A prime example of the quintessential southern California beach town, Cardiff by the Sea is a laid-back residential community that spans two miles along the Pacific Ocean between San Elijo Lagoon and Old Encinitas, approximately twenty-five miles to the north of downtown San Diego.

With a population of just over 10,000, Cardiff by the Sea – affectional referred to by locals simply as Cardiff – has managed to maintain its small-town feel, despite being one of the most upscale and luxurious communities in the North County. Many of the properties within Cardiff by the Sea were constructed in the 1950’s and 60’s, although there are plenty of new construction built since the turn of the century as well.

Homes in Cardiff by the Sea come in nearly every shape and size, with most residences consisting of between three and five bedrooms, and beginning at around 2,000-square-feet of livable space and going upwards from there.

In 1986, Cardiff by the Sea joined four other local communities – Old Encinitas, New Encinitas, Olivenhain, and Leucadia – to form the City of Encinitas. Despite being part of Encinitas, Cardiff hasn’t lost any of its unique charm.

Cardiff by the Sea has its roots in the late-1800’s when its first settlers, the MacKinnon family, began to call the area home. By the early-1900’s, the quiet farming community began to experience steady growth as a result of the efforts of developer J. Frank Cullen. Cullen, who named the town after the city of Cardiff in Wales where his wife grew up, founded Cardiff by the Sea in 1911. As a result of the English and Welsh influence, many of the streets in the town still bear the names of popular UK cities like Birmingham and Manchester. 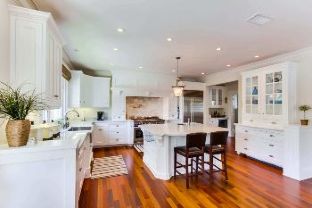 How Much is Your Cardiff Home Worth?
Find Out Instantly. Free, Quick & Easy!

How Much is Your Cardiff Home Worth?
Find Out Instantly. Free, Quick & Easy!

When looking to find Cardiff real estate, it's no surprise that there are not many homes available. The area has been steadily growing in population and economy for the last 30 years. The area is full of low density neighborhoods and family oriented locales. You can find everything from the average single-family property to large, luxurious beachfront properties, with all of the extras one could ever ask to have in a new home.

Cardiff is most definitely one place to turn if you are looking for a new home in an inviting beach community. Cardiff by the Sea is one of the best locations that Southern California has to offer. Tourists and locals enjoy everything that this charming area has to offer. It should be quite easy to feel right at home in area like, Cardiff.

Things To Do in Cardiff by the Sea

Cardiff is bordered by Interstate 5 to the east, and the Pacific Ocean to the west. With just about a mile between the two sides, living in Cardiff by the Sea means never being more than just a few minutes from the shoreline. Great local beaches include Swami’s and Cardiff Reef, both considered among the top spots for surfing in southern California and known for attracting some of the world’s best surfers – including world champion and long-time Cardiff by the-Sea resident, Rob Machado. Additional places along the shore in Cardiff that are popular among both locals and visitors include Pipes Beach and George’s Beach.

While Cardiff-by-the-Sea is primarily a residential community, there are plenty of chic boutiques, quaint restaurants, and scenic outdoor attractions for residents to enjoy. Popular nearby destinations include the 44-acre Encinitas Community Park – complete with multiple sports fields, a dog park, and a 13,000-square-foot skate park – and the Del Mar Fairgrounds, home to countless events throughout the year including the San Diego County Fair and the Del Mar National Horse Show.

Where is Cardiff by the Sea?