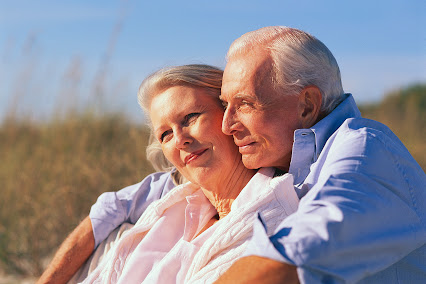 According to a recent study on Carlsbad tourism, the city needs to do more to attract older, wealthier visitors to the area during the “off-season” from September to March.

The report, commissioned by local leaders and prepared by Strategic Advisory Group, shows that Carlsbad has the potential to increase tourism revenue during the traditionally slower winter months by shifting their marketing focus.

Currently, the majority of the city's tourism marketing efforts are targeted to attract families, especially those with younger children, to the area to enjoy the local beaches and nearby family-friendly attractions. During the summer months, when this demographic is most likely to travel on vacation, Carlsbad hotels boast occupancy rates topping 80%. In the off-season, however, those numbers often drop down to below 60%. For tourism officials, this represents a huge opportunity.

How Can Carlsbad Increase Tourism?

The target demographic being talked about is couples above the age of 55 who have an annual income greater than $100,000. According to the study, these visitors are over 50% more likely to come to Carlsbad during the slower winter season than they are during the busier summer months. In the winter, older, more established visitors account for 20% of the city's hotel occupancy – a number that local leadership wants to increase.

These results may have to do with the fact that many slow-season visitors come to Southern California to escape harsh winters elsewhere around the country, and to enjoy outdoor activities like sightseeing and golfing thanks to the comfortable local climate.

During the 2013-14 fiscal year, Carlsbad took in more than $17 million in revenue through hotel taxes from the more than three-million visitors who made the city their vacation destination. Carlsbad officials are currently reviewing the study's findings to determine what kind of an impact a marketing shift could have on revenue.

On top of spending a greater portion of the annual tourism budget marketing to older visitors, the Strategic Advisory Group's report also pointed out the revenue potential of attracting large groups and corporate meetings to the area, as well as the effects of raising the current hotel occupancy tax. Presently, Carlsbad charges a 10% tax on hotel rooms, whereas other local communities – including nearby Del Mar – tax rooms as much as 14%.

Real estate professionals and Carlsbad homeowners alike are looking forward to more financially-secure visitors coming to the area. As Carlsbad continues to grow in popularity as a peaceful, relaxing vacation destination, we're likely to see a greater number of guests to the area interested in purchasing local property, whether for a seasonal winter home or as a full-time residence.