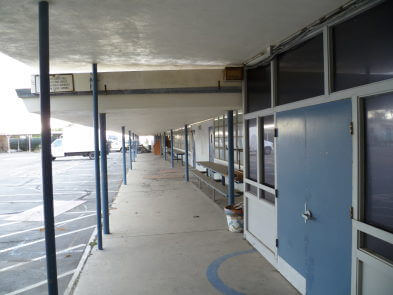 The Encinitas Unified School District recently announced their plans to auction their Pacific View lot, an oceanfront property which was used as a school until being shut down in 2003 and repurposed as storage space. The declaration of their intent comes following the school district's rejection of an offer, which was made late last year by the City of Encinitas, of $4.3 million for the real estate.

Zoning possibilities will be a major determining factor in the land's final selling price, as efforts to re-zone it for residential use could drive the potential value way up. Current arguments point out that the city's recently enacted Proposition A would require a public vote to re-zone the property. At the same time, the EUSD argues that the state's education code, which supersedes Proposition A, allows the school district to develop unused property based on the zoning of adjacent areas. In this situation, that would mean the desired R-15 residential zoning.

At its last meeting, the Encinitas City Council commissioned a report from the city attorney on his opinion regarding the disputed re-zoning. The results of that report are expected at next week's council meeting.

If plans to auction the Pacific View site move along, the first step will likely involve the Encinitas United School District holding a 60-day sealed bid submittal period, at the end of which the bids will be opened and a live auction held. The EUSD expects proceeds from the auction will greatly exceed the city's offer of $4.3 million.

According to officials with the school district, this piece of Encinitas real estate could fetch as much as $14.5 million on the open market. In 2012, at the height of the national recession and real estate collapse, local non-profit Art Pulse offered the EUSD $7.5 million for the Pacific View property, a deal which fell through due to zoning issues. The Encinitas Unified School District had given the City of Encinitas the option to purchase the former school for a price of $10 million in 2009, an offer which the City Council promptly rejected.

Seen by some local residents as a 2.8-acre eyesore, the aging Third Street property has been out of operation since June 2003, when declining enrollment prompted the EUSD to close the educational facility which has been in operation since 1953. Prior to its current incarnation, the Pacific View property was the site of the Old School House, one of the area's oldest schools, from 1883 (when the land was deeded to the Encinitas Unified School District) until 1927.