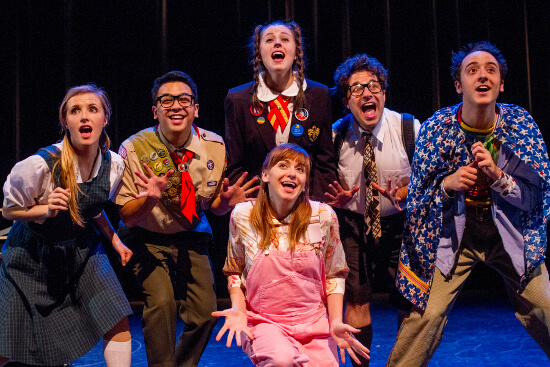 Last Wednesday, the Encinitas City Council reached the unanimous decision to enter into negotiations with the Intrepid Theatre Company to build a 130-seat performing arts venue on a city-owned parcel in the Encinitas Ranch Town Center.

The 0.7-acre property in question has been sitting empty, waiting for an opportunity like this to come along since 1994, when the Encinitas City Council voted to enact the Encinitas Ranch Specific Plan which designated the vacant parcel to be used specifically as a performing arts space. There have been four other bids for the site over the years, but none have gained council favor.

According to the terms of the proposal, Intrepid Theatre will commit to building a 130-seat performing arts venue on the site within twelve to eighteen months. The offer also includes plans, within six to eight years, to expand the structure to between 350 and 400 seats. In exchange, the city would agree to lease the property to the performing arts group at an annual rate of $1, as well as cover the site's utility costs which are estimated to run around $11,000 per year.

Intrepid Theatre Company has risen to the top of the local performing arts scene since its first public performance in 2010. On top of increasing revenue by more than seventy percent each year, the group boasts multiple awards for its productions including specific accolades for outstanding acting and direction.

The majority of Intrepid's performances have been held in the performing arts center at San Dieguito High School Academy, but recent cuts to available theatre time have forced them to relocate to the San Marcos High School Performing Arts Center.

On top of the extra seating, the second phase of the project will include additional classroom space for teaching and instructional seminars. Intrepid will also be sharing time at the venue with other local performing arts groups.

Even though Intrepid's proposal has won the council's initial approval, there are still some steps that need to take place before the plan can move forward. At the recent meeting, the city council designated a subcommittee consisting of Encinitas Mayor Kristin Gaspar and Deputy Mayor Catherine Blakespear to work out the terms of the agreement and bring the final deal back to the council for an official vote within 90 days.