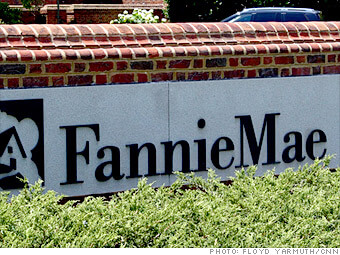 Both current and potential homeowners all around the country are rejoicing as the new director of the Federal Housing Finance Agency, Mel Watt, took action last week to delay the planned April 1st implementation of fee increases on loans related to the guarantee of mortgages by Fannie Mae and Freddie Mac. Watt, who was sworn in as the agency's new head on January 6th, proposed conducting further studies into how the fee increases will affect the national housing market before putting any changes into place.

Last month, Edward Demarco, the former head of the FHFA, proposed increases to a number of Fannie Mae and Freddie Mac fees, including their base guarantee fee. The increases, which would have the greatest effects on homebuyers with less-than-stellar credit, could add thousands of dollars to the upfront costs of purchasing a home. Although the costs could be wrapped into buyers' monthly payments, doing so would cause mortgage holders to see their interest rate rise as much as 0.25%. On a $300,000 loan amortized over thirty years, this could add $15,000 in extra payments.

Proponents for the increases claim the extra fees will help protect lenders against non-payment by risky borrowers, although current default rates are even lower than those seen prior to the housing crash. The Federal Housing Finance Agency, which oversees the operations of the Fannie Mae and Freddie Mac government-sponsored enterprises, have watched over the well-being of the $187.5 billion in taxpayer funds which have been allocated to the entities since they were seized under the Bush Administration in September 2008. Since then, partially thanks to the recent housing surge, the two companies have paid around 99% of the borrowed funds back through dividends, a figure totaling just over $185 billion.

Experts in the field anticipate the United States real estate market will slow down its rapid growth in 2014 as interest rates rise thanks to the Federal Reserve's planned cutback to its purchases of mortgage-backed securities. To many, including Director Watt, this planned reduction of government support in the mortgage market is cause for further research into how proposed Fannie Mae and Freddie Mac fee increases could further affect recently positive market momentum.

Fannie Mae and Freddie Mac aid in the liquidity of the secondary mortgage market by guaranteeing United States mortgages, and by purchasing them from lenders and amassing them into pools which become the basis for mortgage-backed securities. They are a vital factor in the ability of many financial institutions to lend money for mortgages, and currently play in a part in over 60% of new US real estate loans.