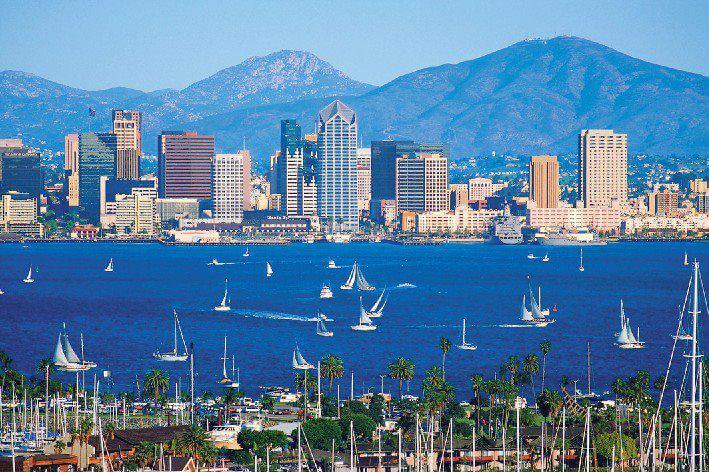 There's no question about it – the San Diego real estate market is on fire. Housing prices in San Diego have seen big increases this year. The massive gains in value experienced by area homeowners have primarily been a result of record-low levels of inventory on the market, as well as some of the lowest interest rates in history.

San Diego property values are up across the county. Even though more and more homeowners are entering the market and cashing out the equity in their homes, and interest rates are beginning to increase, there is still no shortage of determined, cash-buyers in the marketplace.

The following is a list of five of the top seller markets in San Diego:

Buyers are flocking to Encinitas because of its beaches, relaxed atmosphere and diverse cultural flavors. From the semi-rural lifestyle of Olivenhain, to the surfer-friendly Old Encinitas, the city's distinctive communities offer a draw for nearly anyone's interests.

Recent data released by the San Diego Association of Realtors seems to reinforce this fact – in June the median price of homes sold in Encinitas were $917,500. This figure is up 24.3% compared to June 2012. Homeowners all over the city are finding now the perfect time to enter the real estate market with the average price of Encinitas homes for sale up over $175,000 since last June.

For buyers aiming to enjoy a more rural destination, Poway offers the perfect combination of quietness and convenience. Many outdoor-enthusiasts are attracted to the 55 miles of trails and 4,700 open-space acres the city offers. Nearly 50,000 residents call Poway home and there is not a shortage of potential homebuyers looking to be included in that number.

This upper-middle class community has seen buyers competing among each other over quality homes listed for sale. Just last year in June, Poway homes for sale sat on the market for an average of 72 days. This year, that number is down 36% to only 46 days – clear proof that buyers are snatching up well-priced homes at a rapid pace. This rapid pace at which sales are occurring, combined with increases in home values, means that the Poway real estate market is providing a distinct opportunity for current homeowners thinking about selling.

With miles of beaches and some of the highest-rated golf courses in the country, Carlsbad's quality lifestyle serves a beacon for homebuyers wanting to live in an upscale environment that is rich with amenities and activities for every member of the family. Options for buyers range from the quiet homes found in master-planned communities throughout the city to quaint 1950's bungalows overlooking the ocean.

This year, sales volume is way up in Carlsbad. Despite fewer homes for sale in the Carlsbad real estate market, buyers are more active than we've seen in years. In June 2012, 108 single-family homes were sold in the city according to the SDAR. This June, that number was up to 129 – nearly a 20% increase in home sales in just one year. Buyers are really focusing in on Carlsbad and homes in the area are seeing a lot more traffic from prospective purchasers.

Compared to many of its neighbors, Carmel Valley is one of the newer cities in San Diego. With some of the highest median home prices in the area, Carmel Valley it attractive to many upscale home buyers looking for a great place to raise a family, enjoy the California atmosphere or retire from the busy life of larger communities.

As the economy rebounds from last decade's economic crisis, a larger number of homebuyers are finding Carmel Valley the perfect place to live. As of June 2012, the number of home sales in Carmel Valley was at 232 for the year. At the end of last month, that number was an astounding 25% higher at 290 as per the SDAR's data. Not only Carmel Valley real estate sales volume increased, but so have the speed at which buyers are purchasing homes – the average days spent on the market for homes in the community are down to only 38 at the present – 50% lower than the average of 76 days seen during the first half of 2012.

Located to the northwest of Poway, the community of Rancho Bernardo is another part of San Diego that has gained attention from buyers during the real estate frenzy this year. This high-end master-planned community has a strong job market which serves to attract both employers and high-skilled employees. It is likely that as the economy rebounds, an even greater number of potential homeowners will choose to live in Rancho Bernardo for the high quality of life that living in the community provides.

Last month, the median price of homes sold in Rancho Bernardo was just under $675,000. This figure is up a respectable 15.2% since the same month last year. During the first six months of 2012, single-family Rancho Bernardo real estate was taking an average of 89 days to sell. So far this year, that figure is down to less than 45 days. This low statistic, combined with over 15% in home-value growth this year and nearly a 25% year-over-year increase in the number of homes sold in June, showcases Rancho Bernardo as one of the best markets for sellers in San Diego.

No matter which community you live in, the San Diego real estate market has been red hot so far in 2013. Long gone is the depressed real estate market that southern California saw for a number of years. Now, cash-buyers are competing with each other across the county, many times making offers higher than the listed price of quality homes. While these five neighborhoods are some of the most advantageous for sellers right now, homeowners all over San Diego have seen major property value increases so far this year. Each month, however, more and more homeowners are deciding that now is the time to sell, putting increasing pressure on those who are on the fence to hurry up and take action.