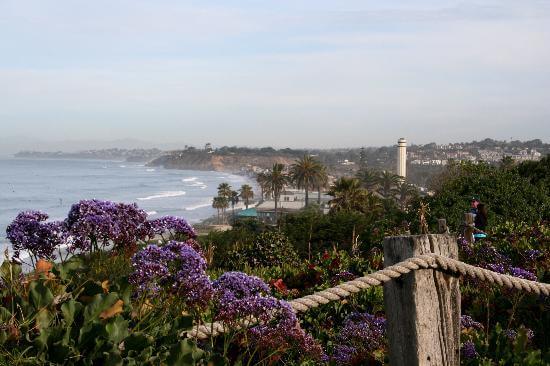 Over the past four years, tourism in Del Mar has been on the rise. Hotels are booking more guests and the city is bringing in hundreds of thousands of extra dollars in annual tax revenue. While the rebounding economy has helped increase travel across the nation, much of the Del Mar's recent success has been attributed to its Tourism Business Improvement District program.

Formed in 2010 at the request of local lodging businesses, the Tourism Business Improvement District aims to promote the city of Del Mar as an attractive vacation destination. More visitors isn't just more profits for the lodging industry. It's also additional income for the city in the form of sales and transient occupancy taxes, as well as more money staying in the community through locally-owned businesses.

According to the numbers released at the Tourism Business Improvement District's May 5th meeting, it looks like they're making big progress.

The lodging industry is booming, with hotels reporting an annual average of about 12.6% increased revenue. This is with occupancy rates increasing by an average of 5.7% each year, and the standard cost of a room up by 20.5%.

For the city, transient occupancy tax, the tax placed on short-term hotel stays, earnings have grown from $1.8 million in the 2011-2012 fiscal calendar to an expected $2.1 million in the current year's budget.

Where is the money coming from to fund the Tourism Business Improvement District? From the visitors themselves. Hotel guests pay a 1% fee on the price of their lodging that goes directly to fund the District's operations. As the city grows as a vacation hotspot, so does the ability to further expand its marketing and reach.

Perhaps the most successful strategy that the Tourism Business Improvement District has been using to increase Del Mar's exposure has been its DreamDelMar.com website. The site aims to show the various attractions that the city offers guests, such as:

For residents, Del Mar's growing popularity as a vacation destination means great things for the local economy. It also means growth in the Del Mar real estate market. According to data from the Greater San Diego Association of Realtors, as of April the median price of sold Del Mar properties has risen 16.3% over the same period last year.

Although big growth is still on the horizon for the city's tourism industry, housing experts don't expect double-digit gains to continue for very long when it comes to real estate. While still great number, most predict more modest mid-single digit increases throughout 2014 and 2015.