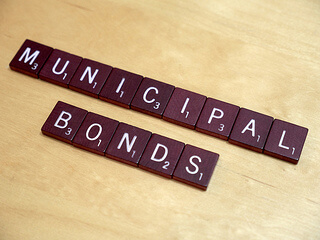 After months of debating over how to pay for the acquisition of the 2.8-acre Pacific View property, the Encinitas City Council has voted 3-2 in favor of issuing taxable bonds to cover the parcel's $10 million purchase price. At the same meeting, Encinitas officials also agreed to issue $3 million in tax-exempt bonds to fund the construction of the planned lifeguard tower at Moonlight Beach which is set to replace the current structure built in the 1960's.

The most recent calculations put the cost of issuing $10 million in taxable bonds and $3 million in tax-exempt bonds at $835,000 annual for thirty years – over $100,000 more each year than the earlier estimate of $733,000. The original cost was based solely on the use of tax-exempt bonds. According to city officials, issuing tax-exempt bonds may be cheaper, but doing so significantly limits what can be done with the property. Taxable bonds will allow the city the ability to consider a variety of different plans for the site, while tax-exempt bonds would prevent them from leasing out any part of the property to private individuals, businesses, or even non-profit organizations.

There has been much discussion between local officials, business leaders, and residents about what to do with the site once the city takes ownership. Many of the most popular ideas involve creating a community arts center, while some have also included plans for a tourism and cultural center as well.

After years of negotiations between the City of Encinitas and the Encinitas United School District, the current owners of the property, an agreement was reached back in March to transfer the parcel to the city for a price of $10 million. The deal came just two days before the EUSD was scheduled to auction off the Pacific View site to the highest bidder, a process which school board officials expected to fetch up to $14.5 million. Encinitas had submitted a bid of $4.3 million just months before, an offer which was promptly rejected.

The Pacific View property served as an elementary school from 1953 until closing its doors for the final time in 2003. The site was also home to Encinitas' original schoolhouse from 1883 until 1927. Since closing over a decade ago because of declining enrollment and the condition of the aging structure, the former school has been used as storage by the EUSD.

City leaders expect the sale of the bonds to be conducted within the next two weeks. The final cost will depend on interest rates at the time that the bonds are issued. With recent trends, experts anticipate the annual total to range from $815,000 to the most recently projected $835,000.