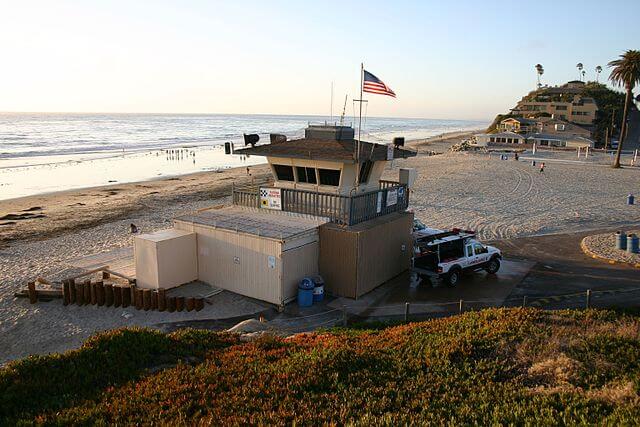 Between the recent purchase of the Pacific View School property and other high priority projects currently on the books, Encinitas city officials have been spending some serious money lately. Now, Council members are considering the sale of as many as seven city-owned parcels to soften the financial blow.

Among the properties that the City Council has asked Encinitas employees to look into include a 10-lot 9.5 acre subdivided parcel, as well as the former Cardiff fire station, with its oceanfront views, along Mackinnon Avenue.

The talk of these sales comes just a few months after the City of Encinitas reached an agreement with the Encinitas Unified School District to purchase the 2.8-acre Pacific View property, home to the Pacific View School from 1953 until its closure in 2003, for $10 million. After years of negotiations, Encinitas officials agreed to the sale price in March in order to preserve the historic oceanfront parcel as a community space.

On top of this recent purchase, the city is also pushing ahead with the $3 million reconstruction of the Moonlight Beach lifeguard station. The Priority 1 project is aimed at replacing the 1960's tower currently standing with a larger, more modern facility that is better able to meet the city's current and future safety needs.

To create funding for these two projects, Encinitas has talked about issuing municipal bonds and amortizing their repayment over the next thirty years. The interest expense on these, however, is anticipated to cost the city more than $725,000 annually. Many officials hope that the sale of the currently unused or leased-out city properties could help alleviate some of this required borrowing.

In addition to the potential sales, the city is also looking into options for the parcel that's home to the Hamilton Children's Garden. Rather than sell it, however, they're trying to determine the best way to help the San Diego Botanic Garden preserve the property for years to come. Possibilities tossed around have included adding deed-restrictions to prevent other uses, as well as simply transferring ownership over to the nonprofit organization.

The Garden's leadership said that they would welcome the donation of the property as it could help increase public donations in their campaign to raise $3 million to fund their planned Education and Events Pavilion.

Of all of the potential sales, experts anticipate the 9.5-acre property to generate the most revenue. The parcel, located nearby to both the Hamilton Children's Garden and the San Dieguito Heritage Museum, is subdivided into 10 lots and has received interest from residential developers in the past. City council members have expressed their opinions that the site would be ideal for low-income or senior housing projects.

At their recent meeting, City Council members asked for proposals for the seven properties “fairly quickly” in order to prevent the process from being dragged out any longer than necessary.