Over the past decade, San Diego home values have been on a wild ride. Values rose sharply, fell even faster, and have been seeing a strong resurgence so far this year. One factor that has been at the core of all of the volatility in the housing market has been the vast number of San Diego foreclosures. The foreclosure proceedings and subsequent home sales have not only affected countless 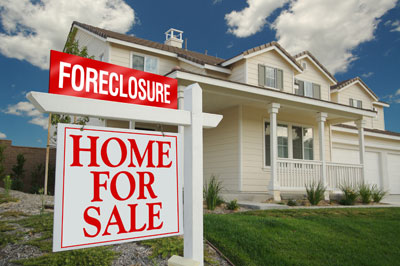 thousands of homeowners in southern California, but have directly been responsible for a large portion of the problems seen in the marketplace.

Why Prices Took A Steep Drop And Remained Low

After seeing rapid appreciation throughout the first half of the last decade, San Diego real estate prices dropped quickly following the mortgage crisis and housing market collapse. Although there were many economic factors in play, one of the most prominent reasons that housing prices fell so low and stayed there for so long was an overabundance of foreclosed San Diego homes for sale.

These properties flooded the marketplace as banks (who generally try to stay out of the real estate business) priced their recently obtained real estate to sell. Instead of holding onto properties that weren't garnering much interest while waiting for the mortgage market to begin freely lending again, the banks would lower their asking price until an acceptable offer was made. On a massive scale across the county, this pushed prices lower and lower until finally reaching the point whether someone could afford them – most commonly investors with cash reserves that didn't require the use of a mortgage.

As these investors finally set a floor for prices to stop at, there were simply so many foreclosure properties for sale in the San Diego real estate market that the abundant supply maintained relatively low home values. Over time, as the economy recovered, creditors began lending again and the supply of foreclosures started to become exhausted, housing values began to rise.

This year saw home prices appreciate quickly as more and more consumers were in the financial position to purchase real estate and the market was in a unique state – the supply of San Diego foreclosures was becoming scarce, yet many homeowners across the county were still underwater on their mortgages. An increase in the demand for quality real estate properties while supplies were so low created distinct competition among buyers. This competition, in turn, drove prices up. As higher prices meant more and more homeowners were able to enter the marketplace sell their homes, the rate of price growth began to slow.

Should We Be Worried About Another Wave Of Foreclosures?

In many areas, San Diego home values have increased over 20% over the past year. This rapid growth and increased number of mortgages have many people worried that another wave of foreclosures may be in store in the future. Luckily, the chances of this happening from the growth we've seen so far this year is slim.

One of the biggest problems that borrowers saw during last decade's real estate boom was predatory lending practices. Lenders and big financial institutions were taking advantage of weak government laws protecting home buyers, allowing it to be commonplace for anyone purchasing a home to choose loans which encouraged to purchase a larger valued home than they could afford in the long-term. Through adjustable rate mortgages with low introductory payments, zero-down mortgages and interest-only loans, many consumers found they could not meet their monthly payments as rates increased or economic conditions caused a temporary loss of income.

Today, the amount of regulation in the mortgage industry has been stepped up, and while many risky mortgages still exist, borrowers are scrutinized much more intensely before being approved for these types of loans. In large part, it was these bad loans that started the chain-reaction of foreclosed properties bringing down the market value of San Diego real estate causing a huge portion of homeowners to owe more than the market value of their properties.

According to DataQuick, the number of foreclosures started in San Diego County during the third quarter of 2013 was just 1,519 – a figure down almost 60% from the same quarter in 2012.Even though home values have appreciated quickly, the likelihood of another collapse in the San Diego real estate market is quite low. This is because of improved lending procedures and transparency. Even at elevated real estate prices, lenders have been much less likely to approve mortgages that would potentially be defaulted on. Overall, this means good news for current homeowners and the real estate market as the chances of our recent balancing of prices causing a new wave of foreclosures is minimal.