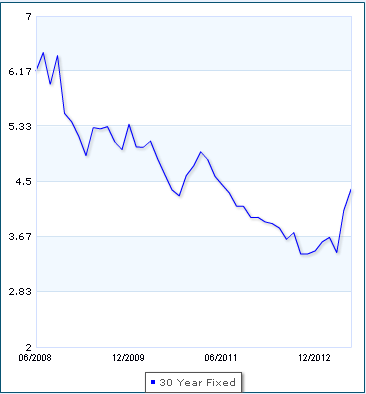 The past year has been a welcome reprieve from the downturn we've seen in the San Diego housing market in recent history. Southern California is one of the leading real estate markets in the country, and because of that we saw some of the biggest loses in value during the housing crisis. This year though, the market has rebounded and San Diego real estate is on the rise. This is great news for homeowners, but what about for potential buyers? Is it too late to take advantage of opportunities in the marketplace, or are buyers still finding great deals?

It's No Secret That Home Values are Rising

There is no question about it – San Diego property values are on the rise. According to the San Diego Association of Realtors, the average sales price of a single-family home was just over $600,000 in May. This number shows a massive jump of 19.6% over values in May 2012. In a marketplace where many properties lost over 50% of their value, this increase is a welcomed sign of improvement. While the rate of growth is expected to cool in the near future, steady gains are anticipated for some time to come.

Interest Rates are Also on the Rise

Not only are San Diego home values headed up, but so are interest rates. After hanging around 3.5% since the middle of last year, rates have made a relatively significant jump in May and June. Presently, the average national rate on a 30-year fixed mortgage is 4.38%, a full point higher than the lows that we saw back in September. When rates rise, buyers are forced to make higher monthly payments than they would at the lower rates.

Is It Too Late for Buyers?

Since this time last year, average housing prices in San Diego have risen around 20% and interest rates have increased almost a full percentage point. There's no denying that buyers do not have the same purchasing power that they did twelve months ago, but does that mean it's too late to get great prices and rates? Absolutely not. While homes have increased in value, they are still very affordable compared to the prices we've seen over the past decade. Interest rates are in a similar situation. Even though the marketplace became accustomed to unheard of low rates, the current average of 4.38% is still unbelievably affordable. In the 1980's, annually averaged rates ran between 10% and 16%. The 1990's saw rates briefly dip below 7% and during the housing boom of the last decade, rates were around 6%. Today, most homebuyers are still experiencing the lowest rates of their adult life.

The San Diego real estate market has been a hotbed of activity this year, and that is anticipated to continue as we finish out the next six months. For homeowners, this means further gains in equity in their homes. For buyers, it means that there is still plenty of opportunity to enter into home ownership while prices are still relatively low, and interest rates remain at one of their lowest points in decades.