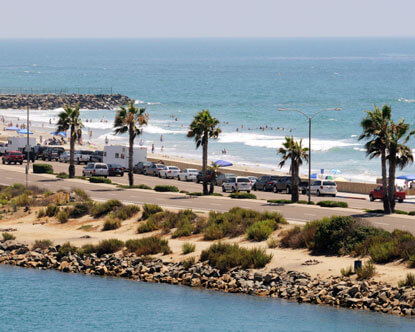 With more than four hundred vacation rentals estimated to be operating in Carlsbad, city officials are working out a plan to regulate and tax the quickly spreading trend.

Thanks to the growing popularity of websites like Airbnb and HomeAway, short-term vacation rentals are popping up in increased numbers all across the country. For property owners in Carlsbad, offering their secondary homes, guest houses and even extra bedrooms can provide a helpful stream of income. For neighbors of these vacation rentals, however, they can bring increased traffic and noise.

Although short-term vacation rentals aren't specified as an allowed use under current zoning rules, Carlsbad officials have generally looked the other way when it comes to violations. In fact, the city has stated that it receives over $233,000 in transient occupancy taxes each year from these properties.

While Carlsbad reports receiving an average of just five complaints each year about these short-term rental properties, the city recognizes that they can have a negative effect on the surrounding community in certain cases.

According to Gary Barberio, Carlsbad's Assistant City Manager, “It's a fraction of a fraction, but it's a big problem when there is a problem.”

Now, the Carlsbad City Council is looking into ways to regulate these vacation rentals and ensure tax receipts by requiring property owners to obtain a permit from the city before offering their homes up to visiting vacationers.

Despite calls from some city residents to ban the short-term rentals altogether, the city argues that such an action would be difficult to implement. To support that claim, Carlsbad's management analyst, Steve Didier, points towards previous ban attempts by the nearby cities of Solana Beach and Encinitas.

In both instances the cities faced strong opposition from the California Coastal Commission, eventually causing them to retreat from their stance on the position and allow vacation rentals to continue operating. The Commission based their objections on the argument that short-term rentals provide an affordable way for the public to have access to coastal resources.

Under the newly-proposed plans, requiring property owners to seek permits for their vacation rentals would give the city more control when problems do arise. With the permits needing to be renewed each year, Carlsbad would have the option to deny applications for vacation rentals that violate city rules and are a blight on their neighborhoods.

According to acting Mayor Mark Packard, an important feature of the permitting system would be to provide officials with the right to immediately revoke the permit of any property that is violating city standards.

Further action on the subject is expected in the near future as regulations are drawn up by city staff, and comes just months after the city toughened its rules on property owners turning single-family homes into multi-family rental residences.