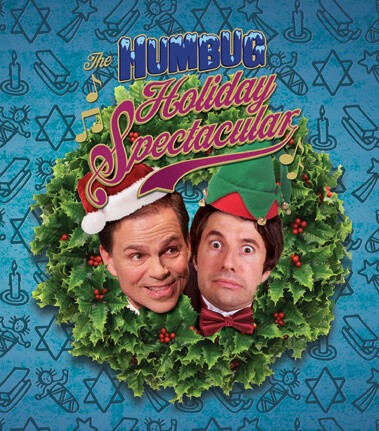 The holiday season is all about sharing and creating happiness and a handful of North County stage performers are planning to do just that. From now until the end of the year, theatres in Carlsbad and Solana Beach will be hosting performances sure to raise even the biggest scrooge's spirits.

A few of the performances gracing the area throughout the rest of November and December include:

The Humbug Holiday Spectacular – Hosted by the North Coast Repertory Theatre, The Humbug Holiday Spectacular follows the exploits of Horatio the Humbug as he attempts to satisfy the Spirit of Christ by creating the perfect Musical Holiday Spectacular. Created by Omri Schein and Phil Johnson, as well musical contributions by James Olmstead, this comedic show is jam-packed with clever songs, energetic dance routines and enough holiday joy to transform the entire crowd into a good mood this season. The show runs from December 11th-28th at the North Coast Repertory Theatre, 987 Lomas Santa Fe Drive, Suite D, Solana Beach. For inquiries, contact the theatre's box office at (858)481-1055 or their website at northcoastrep.org. Tickets for the performances range from $25-30.

Dickens UnScripted – For two nights only, the North Coast Repertory Theatre will also be home to performances of Dickens UnScripted, a completely improved comedy set in Victorian London. On stage, performers will portray characters from Dickens' books in their own funny and unique sort of way. To add to the improvisation, actors will not find out which character they'll be playing until show time ensuring a 90-minute performance full of laughs and entertainment. Dickens UnScripted will run December 16th & 17th at the North Coast Repertory Theatre, 987 Lomas Santa Fe Drive, Suite D, Solana Beach. For inquiries, contact the theatre's box office at (858)481-1055 or their website at northcoastrep.org. Tickets for the performances range from $20-25.

Plaid Tidings – Beginning on November 23rd, the New Village Arts Theatre will be putting on Plaid Tidings, a doo-wop musical following the exploits of the Plaids, a fictional 1950's musical group who tragically meet their end in a car accident on their way to see the Beatles on the Ed Sullivan Show. Brought back from the afterlife for the chance to put on the best holiday concert ever, the Plaids are sure provide an entertaining combination of soulful songs, creatively-choreographed dances and visually-appealing sets and costumes. Plaid Tidings will run November 23rd – December 31st at the New Village Arts Theatre, 2787 State Street, Carlsbad. For inquires, contact the theatre's box office at (760)433-3245 or their website at newvillagearts.org. Tickets for the performances range from $22-43.