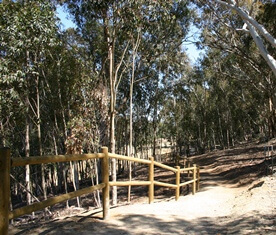 After battling numerous hurdles all throughout 2013, developer Corky McMillin Companies recently conceded to a number of compromises on its plan for the controversial Quarry Creek subdivision, putting an end to lawsuits filed by a concerned local environmental organization. Following approval by the Carlsbad City Council in April 2013, the Preserve Calavera group filed the suits against the developer and the City of Carlsbad, claiming officials failed to properly review how the development would affect local traffic capabilities and land preservation causes.

Situated on 156 acres, the Quarry Creek community is scheduled to include 636 residential units – a figure which is down from the initially planned 656 new homes they were hoping to add to the Carlsbad real estate market. In addition to lowering the number of units, the builder also conceded on height limitations for the development in order to help preserve the natural views of the Marron Adobe, one of the area's oldest homes with a history going as far back as the 1850's.

Perhaps the most influential move made by the Corky McMillin Companies to satisfy the requests of Presere Calavera was the developer's decision to purchase a nearby 60-acre parcel of land dubbed “Village H”. Located by the corner of Carlsbad Village Drive and Victoria Avenue, this undeveloped property served as local hiking trails for decades before being fenced off of its sales in 2009.

Satisfied by the decisions made by Quarry Creek's developer, Preserve Calavera agreed in December to settle its suits which were holding up construction on the community. While the Corky McMillin Companies still have some permits to obtain from various governmental agencies, they are optimistic that groundbreaking for the new development will occur later on this year. If all goes according to plan from here on out, the first homes will be ready for residents to move into early in 2016.

When all of the needed permits and permissions are obtained to begin the community's construction, the developer plans to transfer ownership of the “Village H” parcel to the City of Carlsbad, free of charge. This will ensure the permanent preservation of the natural area's open space and that its acres of hiking trails are available to the public for decades to come.

In addition to 72 acres, mostly in the northern “panhandle” section, of the Quarry Creek Community's 156 acres being set aside for open space, the neighborhood will feature a 1.5-acre site for community facilities, as well as 1.3 acres designated for a park-and-ride location.