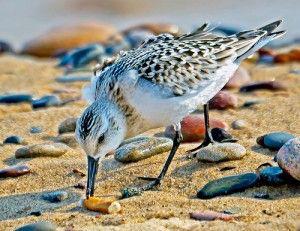 This weekend, members of the local San Diego chapter of the Surfrider Foundation took time out to participate in the organization's Hold On To Your Butt initiative. Volunteers headed down to area beaches where they removed more than 3,800 discarded cigarette butts from the ecosystem during the 90-minute cleanup.

Hold On To Your Butt is a major campaign focused on raising awareness about the impact that littered cigarette butts have on our beaches and waterways. According to the Surfrider Foundation, one out of every five pieces of trash picked up during their beach cleanups is a cigarette butt. Across the entire United States, cigarette butts are said to make up 32% of all litter. Worldwide, an estimated 4.95 trillion butts are discarded into the environment every single year.

In addition to being an eyesore, cigarette butts pose a serious threat to area beaches and wildlife. During smoking, toxic chemicals from the tobacco are trapped inside of the cigarette's filter. While this barrier may be good if you're smoking, it can be a problem to the environment and local marine life. When submerged in water, such as in city drains, area rivers or even wet sand at the beach, these filters leak out the trapped carcinogens into their surroundings. Despite their small size, the trillions of butts littered every year can add up to a true hazard.

Wildlife, both aquatic and not, can also mistake these non-biodegradable pieces of trash for food - an error which often results in deadly consequences.

On top of their regular cleanups, the Surfrider Foundation is also responsible for installing around 150 ashcans throughout San Diego County as part of the Hold On To Your Butt program. Located alongside area beaches, the vicinity around these ashcans has seen an average of 65% fewer cigarette butts littering the shoreline.

The Surfrider Foundation is an international organization that aims to protect and preserve oceans, waves and beaches all around the world. Founded in Southern California in 1984, the Foundation has grown to over 50,000 members spanning every corner of the United States. In addition to the dozens of domestic chapters, the Surfrider Foundation's reach includes Brazil, Japan and Australia, as well as a myriad of other locales.

If you're interested in helping keep local beaches clean and free of cigarette butt litter, or just want to find out more about the San Diego chapter of the Surfrider Foundation, visit their website at sandiego.surfrider.org. You can also contact the organization by phone at (858) 622-9661.